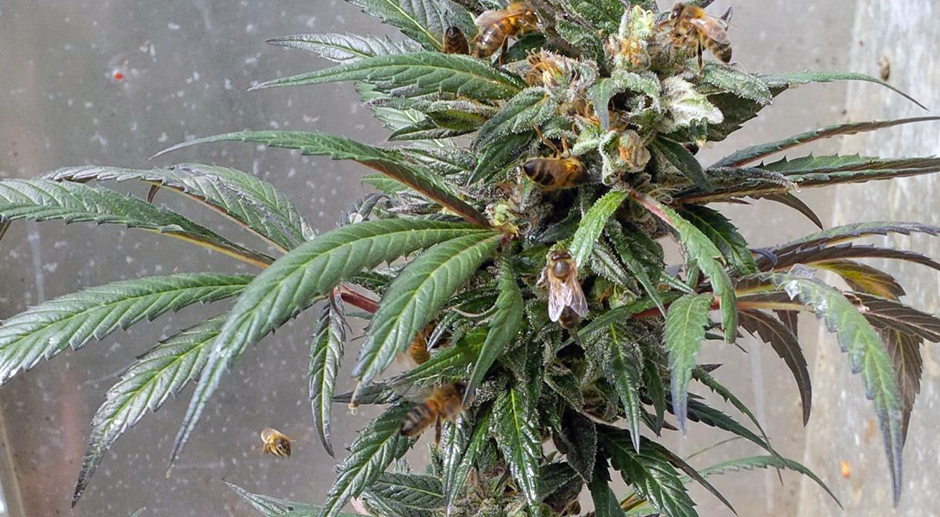 850 pots on waiting list: John P is a beekeeper exceeded by his success, or rather was because its production has just been stopped by the Fergus County authorities. His honey contained a significant amount of THC (tetra-hydro-cannabinol), the psychoactive compound of cannabis, estimated according to a local expert to “a quarter of joint well loaded per slice of bread with honey”.

Where did this illegal substance come from? From the equally illegal plantation of his neighbor, who under the guise of cultivating the chestnut also maintained a herd of nearly 200 feet of cannabis, hidden among the trees and other plants of his domain of several hectares. “The bees had to forage for the neighbor’s plants instead of foraging the chestnut trees,” the young beekeeper conjectured at a press conference.

It is a man from the Daniels family who discovered the « secret » when his two children of 7 and 9 years had a blood test. “Theo and Thea are usually very excited kids, their mother and I have a lot of trouble channeling their energy. But for some time they were very calm … Too calm even; Theo began to listen to Sublime in her room and one Sunday, Thea watched a piece of butter melt for 3 hours in a row, laughing. We were very worried, “he said, admitting that he and his wife had also developed” a certain fondness “for this honey.

But if many welcome the discontinuation of “space honey” production, this is not the case for all consumers, like Luke, 45, one of John’s biggest customers who says he is very disappointed. “With this honey I feel much better, I do not have my morning pains, I’m in a better mood and I even stopped drinking! I do not know what I will become .. I was eating half a pot a day, stopping suddenly will be hard, very hard .. ” he confided, adding that “if the bees find it good it can not be bad for us.”

Examined in the laboratory, this special honey has been particularly concentrated in psycho-active molecules, as summed up by Audrey, a young high school student who consumes in spite of herself:

“There are clear honeys, there are dark ones. With this one it’s clear: you’re fucked! “

Same story for Vivienne, 78, who will long be nostalgic for this “magic honey”, that she and her friends regularly used in the early evening, in the form of “grog” and in herbal teas: “Our games of Scrabble will not be so fun anymore; I do not care what they put in this honey as long as it’s organic, as they say. Ah, if you had seen our games! We laughed and we laughed! And we dared to put naughty words! I can tell you, once I laughed so much with the word that Nini played that I peed in my pants! My God, what a laugh! “.

Although justice has not yet settled, John P does not think he should be worried, unlike his neighbor who has already been incarcerated: “I am a beekeeper myself, not a dealer. If I become responsible for the actions of each of my bees, where are we going? “.

DISCLAIMER: The content of this article is invented for humorous purposes