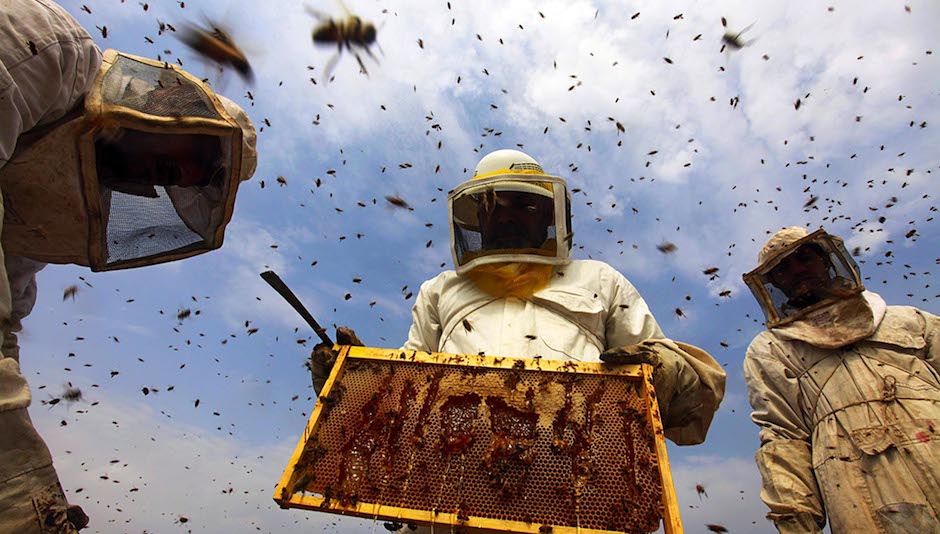 The EU must step up support for beekeepers, ban harmful pesticides, invest more in developing safe bee drugs and clamp down on imports of fake honey, say MEPs.

These ideas are set out in a draft resolution approved by Parliament’s Agriculture Committee on Tuesday by 38 votes to one against. The text will now be put to a vote by Parliament as a whole.

Boosting support for beekeepers and improving tools to counter risks

To help counter growing threats to pollination by bees, which is vital to Europe’s food security and ecological balance, the EU should increase the budget for national beekeeping programmes by 50% and introduce a new support scheme for beekeepers in the EU’s post-2020 farming policy, MEPs say.

The EU Commission should look at ways to help beekeepers remedy production losses and member states could introduce a compensation scheme for loss of bee colonies, they add.

Noting that the number of bee colonies has declined by more than 50% in some member states, MEPs underline that the EU needs an effective, large-scale and long-term strategy to improve bee health, protect bees and ensure bee repopulation.

To this end, MEPs call for:

They also advocate harmonising border inspections and single market checks, imposing compulsory batch-sampling and testing for all imported honey and tightening up traceability requirements throughout the supply chain, e.g. by introducing mandatory country-of-origin labelling for honey and bee products.

EU Member states should also do more to inform the public, and especially children, of the benefits of eating honey and the therapeutic uses of bee products, MEPs insist. They want the Commission to spend more money here and focus inter alia on encouraging local and organic honey consumption.

MEPs also insist that honey and bee products should be considered “sensitive” in trade talks with third countries and perhaps completely excluded from free trade negotiations.

“The Agriculture Committee has proposed workable and efficient solutions to combat honey adulteration, an inappropriate use of pesticides, bee diseases and invasive alien species. We want to boost support for our beekeepers and step up promotion of EU bee products”, said rapporteur Norbert Erdős (EPP, HU).

“The cornerstone of the text is the call to replace current misleading label “Blend of EU and non-EU honeys” with a clear indication of the country or countries that the honey or honeys come from – including the percentages of different honeys used in the final product. This all will help to improve the currently bleak situation of our beekeepers”, he added.

The draft resolution voted by the Agriculture Committee will now be debated and voted by the full House, probably during the 28 February – 1 March plenary session in Brussels.

The EU produces about 250,000 tonnes of honey per year, making it the world’s second biggest producer after China. There are more than 600,000 beekeepers in the EU, but the number has been falling for years now. The leading EU producers of honey in 2016 were Romania, Spain and Hungary, followed by Germany, Italy and Greece.

Around 84% of plant species and 76% of food production in Europe depends on pollination. However, in some member states the number of bee colonies has declined by more than 50%. According to the French National Institute for Agricultural Research, the mortality of bees, if not tackled, could cost €150 billion worldwide.

The EU imports about 200,000 tonnes of honey each year, i.e. 40% of what it consumes. In 2015 imported honey was on average 2.3 times cheaper than honey produced in the EU. Tests done by the EU Commission’s Joint Research Centre showed that 20% of samples taken at EU’s external borders or importers’ premises did not respect EU standards. The biggest exporters of honey to the EU are China, Ukraine, Argentina and Mexico.

Committee on Agriculture and Rural Development