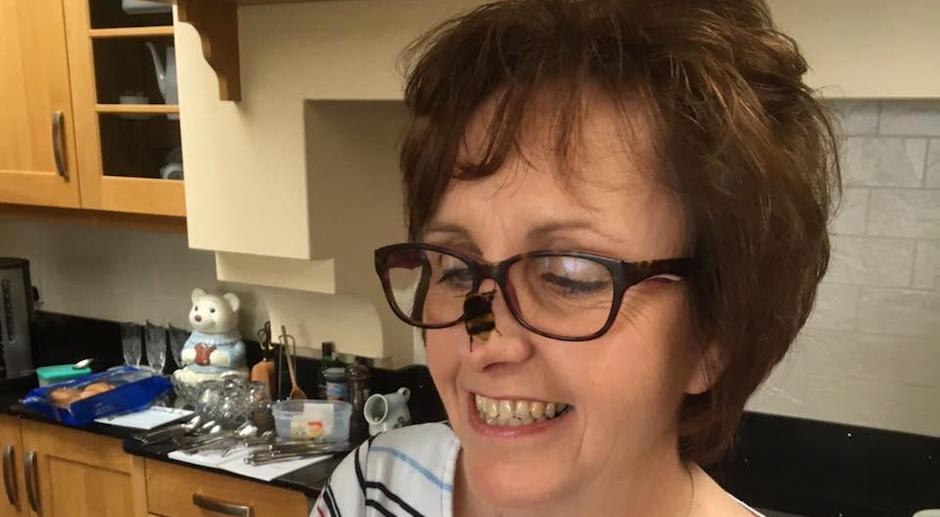 A woman in the Highlands has become the first person known to have kept a bumblebee as a pet.

It started in spring last year, when Fiona Presly, a library assistant from Inverness, rescued a buff-tailed, or large earth, bumblebee queen that had been born without wings and was struggling to survive.

Over the next few months the two appeared to develop a special bond. Bee, as Presly named the insect, would even “cuddle” and seemed to be “house-trained”. Indeed caring for the bumblebee has had a profound impact on how Presly thinks of insects.

“I found her when we were getting work done in the garden, and it was lucky I didn’t stand on her,” she said. “She must have just come out of hibernation. I put my hand down in front of her and she crawled on to it right away. I looked at her and thought, ‘Something’s not right here, she’s got no wings.’” 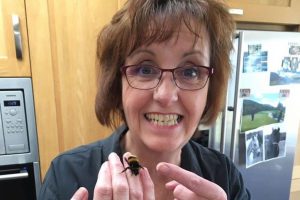 The weather was bad that day, so Presly made an ad hoc garden with fresh flowers in a crate and took the bee inside overnight. But she soon realised the queen, unable to fly, would probably die without help. From that day on Presly became the bee’s carer and began documenting their unusual interactions.

“She made sort of clicks, buzzy sounds when she was in close contact with me and was happy to sit and groom, eat, drink and sleep on my hand,” Presly said.

“We were both very comfortable with each other, and many people admired this bond. She was totally relaxed with me. People have a bond with their dog or cat and even their hamster. I think I have proved here that you can have a relationship with an insect.”

The extraordinary story sparked the interest of bee psychologist Lars Chittka, a professor in sensory and behavioural ecology at Queen Mary University of London, after Presly got in touch and related her tale.

“No scientist to my knowledge has tested whether bees, even with each other, form some sort of emotional relations,” said Chittka. “So I think it’s quite remarkable that a layman would make such detailed observations that actually get scientists to scratch their heads and ask what’s going on there.”

Although previous research shows evidence of intelligence and problem-solving skills in insects, he says, very little is known about their emotional make-up.” He believes it is possible that Bee could have formed a bond with a human due to the natural biology of her species.

“The desired state for a bumblebee queen is to be surrounded by other bees, therefore it seems plausible that such an individual should feel something rewarding from being surrounded by living beings. Also the queen might feel the opposite of that when alone, because this would signify it hadn’t succeeded in founding a colony.

“So the question simply becomes whether the other individuals and environment for that queen necessarily have to be other bees, or could it be something of a completely different species that provides things such as warmth, reward, security and so on?

“In that sense it could be useful to look elsewhere in the animal kingdom to see how flexible such responses often are – such as ducklings that identify the first creature they see on hatching as a parent.”

But Presly doesn’t need scientific research to validate the bond she has with her pet, which has changed her perspective: “I don’t just view bees differently, I now see all insects in a new light. They’re here for a reason.”